UNEMPLOYED LOOKS INTO THE WOOS..

Here is what UNEMPLOYED prescribes you for the end of the world.
Use it to sooth your symptoms, to find the key to unlock the secret of life, but also just all the movies you should watch before you die.

1. IT COULD BE WORSE

If incessantly washing your hands is starting to make you feel paranoid, watch Julianne Moore take it to the ultimate level in Safe by Todd Haynes.

Stuck with too many family members, not enjoying the proximity and lack of privacy? The characters of Ettore Scola’s Ugly, Dirty and Bad will make your family seem like a dream.

If you think being alone is difficult, imagine talking to someone who never responds like Bibi Andersson to Liv Ullman in Persona by Igmar Bergman.

You think being confined for a month or two is bad? Dogtooth by Yorgos Lanthimos will certainly convince you that it could be way worse.

And if you think having to stay home is boring, imagine what it would be like to be unable to go home like Griffin Dunne inAfter Hours by Martin Scorsese.

Some think being stuck with roommates in a small apartment is intense, maybe Alfred Hitchcock can show you the devil you know is better than the devil you don’t in Lifeboat.

For those with paper thin walls forced to hear their neighbor’s every move and word, think of yourself as the Stasi officer in The Lives Of Others by Florian Henkel von Donnersmarck or perhaps as Gene Hackman in The Conversation by Francis Ford Coppola.

Perhaps you are feeling isolated in a faraway country house with people you barely know think of poor Joan Fontaine having to deal with Mrs Danvers in Rebecca, brought to the screen by Hitchcock, again.

If this whole thing is making angry at the world like Peter Finch in Network by Sidney Lumet, open your window and yell “I AM MAD AS HELL AND I’M NOT GOING TO TAKE THIS ANYMORE”

If you are forced to care for a family member, let Bette Davis and Joan Crawford show you how wicked sisters can be to one another in What Ever Happened to Baby Jane? By Robert Aldrich.

For my ladies on the verge of breakdown, watch Gena Rowlands in a Woman Under the Influence by John Cassavetes, Kirsten Dunst in Melancholia by Lars von Trier, Rebecca Hall in Christine by Antonio Campos or Isabelle Adjani in Possession by Andrzej Zúlawski lose it in the most incredibly cinematic way.

Don’t feel too bad about overindulging during this quarantine, you are nowhere near the level of Michel Piccoli and Marcello Mastroianni in La Grande Bouffe by Marco Ferreri.

Are you regretting your idea of quarantining in the country with too many girlfriends? Think of the poor girls in House by Nobuhiko Obayashi.

For the ones who are lamenting over days of senseless-fun past, maybe your case isn’t as hopeless as Faye Dunaway’s in Jerry Schatzberg’s Puzzle of a Downfall Child.

Feeling like your kids will drive you crazy? Lucrecia Martel shows you how things could take a much more tragic turn in La Ciénaga.

I know feelings of loneliness can be tough in this time of isolation, but it can’t be as bad as Casey Affleck’s fate in A Ghost Story by David Lowery.

Maybe you’re stuck somewhere new, maybe with someone new, maybe you are desperate to leave like Eiji Okada in Hiroshi Teshigahara’s A Woman in the Dunes.

Thinking things are just going from bad to worse? Watch a true disaster unfold in Lost Souls: The Doomed Journey of Richard Stanley by David Gregory.

And lastly, in times like this we could all use a good cautionary tale like Birds Of Passage by Ciro Guerra and Cristina Gallego to remind us not to bite more than we can chew.

If like us you miss touching, dancing in a sweaty crowd, meeting strangers, and going on adventures, you will find a little solace in these hopefully. 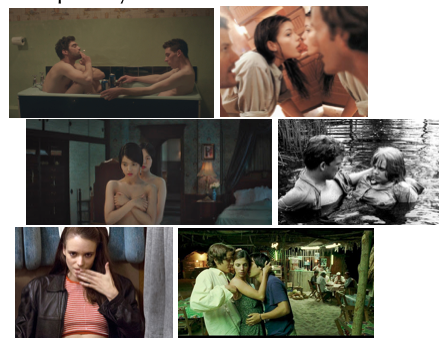 All That Jazz, Bob Fosse 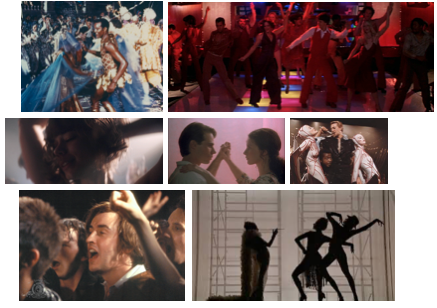 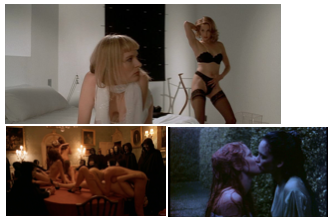 And don’t forget to laugh a little 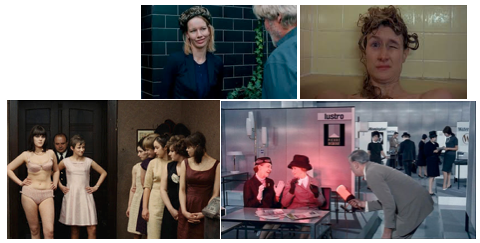 If you too are feeling like the lines between real and unreal are blending.

The Man Who Fell to Earth, Nicolas Roeg

Under the Skin, Jonathan Glazer 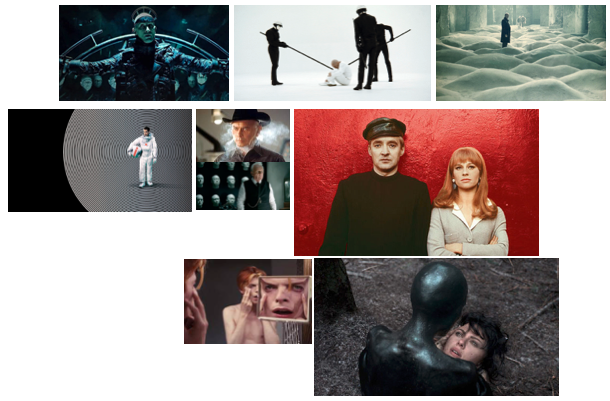 Eyes Without a Face, Georges Franju

Uncle Boonmee Who Can Recall His Past Lives, Apichatpong Weerasethakul 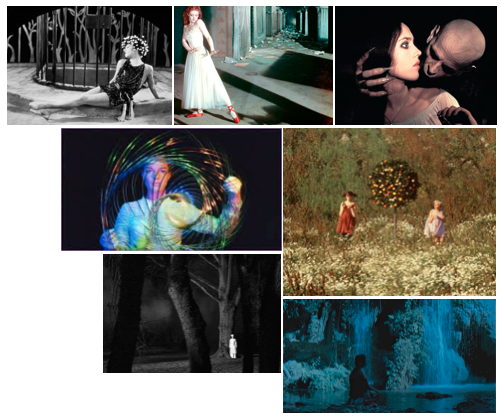 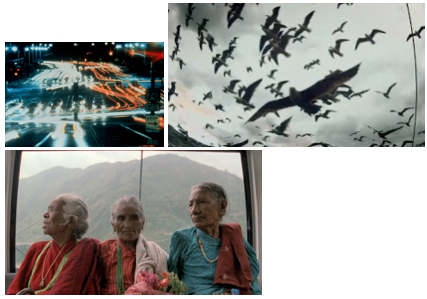