THE UNEMPLOYED PARTY IN LONDON

THE 5 NEWSLETTERS TO AVOID SOU..

TOP 10 WAYS OF BEING A (STRAIGHT) GENTLEMAN IN THE US

As a preface I would like to note that I am a man writing this. I am of sound mind and body and this is not a piece of feminist propaganda or forum in which to air disgust of the male gender. I recently made a glorious return to the adult dating pool and I was pretty stunned to find that women’s bar is pretty low for chivalry. Here’s how to skip over it.

I’m not sure if a woman has ever said “He’s such a gentleman, he’s never even sent me one unsolicited dick pic”. But I’m pretty sure a bunch of women have thought it. As sad as that may be for them, suddenly by just keeping my phone facing up I find myself in the top 50% of adult males. Boom. 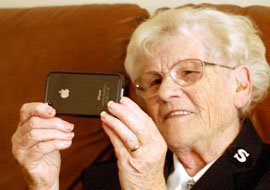 For some reason opening doors for other people is not as common as it should be in the US. It is so simple and easy to do. Open the door for her, let her go first and you will see a wry smile as if you just opened a door to a chariot filled with roses and diamonds.
If you think it’s too much of an effort, think of it this way: the forearm workout of opening doors pales in comparison to the forearm workout that results from going home alone and sexless.

3. Don’t talk about yourself the whole time.

People love talking about themselves. You do too. Sometimes ask about the other person – the result is incredible. Act interested, just like you did when the waiter explained the specials and you pretended to give a shit.

4. Check the prices before you order. Not when the check arrives.

When the check arrives, don’t look at it. Put you card down without opening it and it seems like money is no object when taking this person out. The money is spent anyways, and if you really are worried about cost, you either picked the wrong restaurant or you got a little over your skis and should have gone easier on the caviar and Dom. Better luck next time buddy.

5. Be nice to everyone. Not just the person you want sex from.

“He’s so nice he even opened the door for an elderly man walking out of the restaurant”. No girl wants to think this is all a show to get in her pants. If it is, some of the show must go into dispelling that notion.

6. Have an opinion and some conviction.

Women like a man who knows what he wants, and like to have things taken care of. It’s like having a good DJ rather than playing music off your ipod. When I was a lil pup I tried to seem eager and asked girls when and where they wanted to go to dinner. Now I tell her where to be and when, I know what drink I’m ordering and what brand of alcohol I want in it.

7. If you do talk, keep it classy San Diego.

Don’t talk about how many beers you shotgunned during you beer pong marathon. I’m sure it was fun, and I love getting fratty too but I don’t talk about it on a date. I give her the impression I like to have fun but I sleep in my tuxedo and drink Vos.

8. Get her an Uber home if she stays over.

The walk of shame is the most feared of walks. Studies have shown that getting a car home for the girl increases probably of repeat business by 25%.

When a girl doesn’t want to have sex with you, don’t be a little bitch about it. Stay in the game, be patient and don’t push it too hard. Show you are attracted to her, but that you aren’t desperate for sex. It shows respect, and also implies you can easily go and have sex elsewhere with other people tomorrow or the next day. That makes you more attractive in the twisted minds of the female gender.

10. Have feelings and a personality.

Don’t be a fucking robot. As much as this is a list of things to do, life isn’t formulaic. Have some personality, show you have feelings without crying all over your delicious mojito.

Doing these 10 things will suddenly put you in the top 2% of human males. Sometimes you win by not losing. The takeaway from this list is not “How to game the system”, but rather “Being a normal fucking human is much more valuable than you think”.

And remember, just have fun out there.